Get fresh music recommendations delivered to your inbox every Friday.
We've updated our Terms of Use. You can review the changes here.

by The Kinky Coo Coo’s 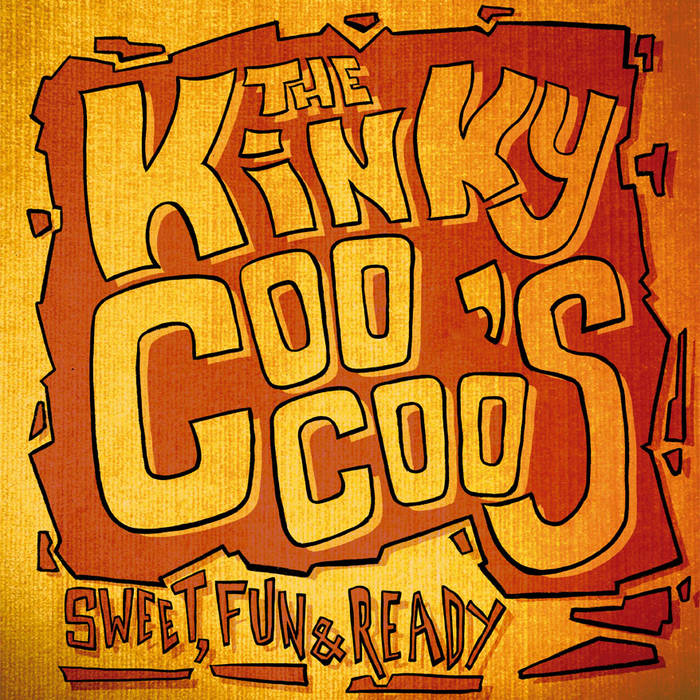 Third album by The Kinky Coo Coo's after more than one decade devoted to Jamaican rhythms, an unmistakable sound ranging from instrumental Ska classics like 'Salvador' or 'Black Love' (tribute to the Brazilian Carnival), the vocal Rocksteady duets like 'Good Vibez' and the hypnotizing Reggaes like ‘Keep' Reggaes Nose Out'. But TKCC's are not limited to Jamaican rhythms and leave patent their predilection for hybrids with American Funk and Soul music, firing bombs like 'From Stem To Stern', 'Hokusai Girl' or 'Quiny Boy', and decisively step with slower Rocksteadys like 'Jack Tar On Dry Land' or 'Hand Baggage'. The new album, which is titled as a "melting pot" taken from the instrumental Ska 'Sweet Aretha' and the tracks from their 2012 single with Alex Désert & Greg Lee (Hepcat). Their brand new album features both musical and compositional maturity of a nine piece band that has performed on the major European cities stages.

The Kinky Coo Coo's is a Jamaican music lovers band and also one of the most promising in this scene, having taken his live live show to the main European cities, and having backed some Jamaican glories as Dave Barker, Rico Rodríguez, Laurel Aitken, Roy Ellis, Earl 16 and Sister Audrey.  TKCC’s brings to the stage 2 female singers, 3 brass, guitar, organ, double or electric bass and drums, presenting a formula which any lover of Jamaican music falls in love with, through the most danceable Ska, Rocksteady and Reggae grooves passing through the sieve of the 1960s and 1970s Funk and Soul.

In 2003 The Kinky Coo Coo's released their first album titled 'Co Tonga Tonga' backing the singer Lord Kaya, but it was not until the year 2006 that started their solo career with an album which took them to international recognition: 'Montjuïc Boneyard'. A disk edited by Liquidator Music in Spain and licensed by the ‘Ska In The World’ label from Japan, country where they have also been featured is several albums such as ' Moon Shine - Ska in The World Collection' and 'Wonderful Smile - Ska In The World, vol 2'.
Since then, there have been international tours leading them to play in countries such as France, Belgium, Switzerland, Slovenia, Austria, Czech Republic and Germany, as well as all over Spain. They have also been releasing more records, despite not have moved from Liquidator Music, they have licensed recordings to some other labels in Japan and Germany. They have released several singles between the years 2008 and 2012 and increasing production in his own KinkyLab recording studio, where the band experiences with the classic Jamaican rhythms influenced by Afroamerican Soul and Funk music.
This album is not just the band’s consolidation as the pioneers in their own style, but the evolution of a sound that makes them unique. From their 60‘s Ska and Rocksteady roots, passing through some other black music influences. With this new album the band goes a step forward in today’s Jamaican music scene.